Authored By: Application of Synthetic Cartilage Implant for Hallux Rigidus: A Systematic Review

- We examined evidence from randomized controlled trials (RCTs) and non-randomized studies of intervention (NRSIs) regarding the use of synthetic cartilage implants [also known as polyvinyl alcohol (PVA) hydrogel implants or Cartiva] in patients with hallux rigidus.

- Our systematic literature search identified 1 eligible RCT, 3 analyses using the same RCT patient cohort, and 4 NRSIs. The RCT was a non-inferiority trial, and 2 NRSIs compared SCI vs. arthrodesis, while 1 NRSI investigated SCI vs. cheilectomy and 1 cheilectomy and Moberg osteotomy with SCIs vs. without SCIs.

- Current available evidence was insufficient to ascertain the efficacy of SCIs, and therefore unable to either recommend for or against the use of SCIs. More studies with high methodological study designs, preferably RCTs, are warranted.

- Making clinical recommendations is a complex decision-making process involving the consideration of evidence certainty, the balance between benefits and harms, values and preferences, as well as resource uses. A recommendation can only be made after carefully considering all relevant issues and weighting all relevant options. 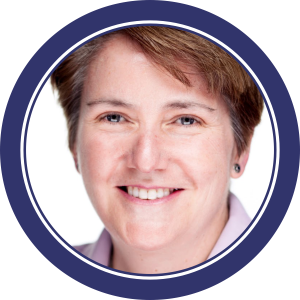 University of Rochester School of Medicine and Dentistry

Among individuals aged 50 years and over in the United States (US), approximately 2.5% are suffering from hallux rigidus, a disease characterized by degenerative arthritis of the first metatarsophalangeal (MTP) joint and being one of the most common arthritic conditions in the foot (Ho et al., 2017).

In this OE Original, we systematically reviewed the evidence with regard to the clinical outcomes and safety outcomes of using SCIs in patients with hallux rigidus.

Our original inclusion criteria focused on randomized controlled trials (RCTs) investigating the efficacy and safety of using PVA hydrogel implant for patients with hallux rigidus. However, during the pilot literature search, we found that relevant RCTs were very few. Moreover, the identified RCTs were all from the same patient cohort. As a result, we decided to further include non-randomized studies of interventions (NRSIs).

As the Cochrane Handbook points out, “Most Cochrane Reviews seek to identify highly trustworthy evidence (typically only randomized trials) and if none is found then the review can be published as an ‘empty review’. However, as Cochrane Reviews also seek to inform clinical and policy decisions, it can be necessary to draw on the ‘best available’ evidence rather than the ‘highest tier’ of evidence for questions that have a high priority” (Higgins et al., 2021). However, given that the potential biases in NRSIs are generally greater than those in RCTs, inclusion of NRSIs that can “inform the review question directly and without a critical risk of bias” is extremely important (Higgins et al., 2021). In terms of what NRSIs to be included, Cochrane emphasizes the importance of “specific features of study design [of NRSIs] (e.g. which parts of the study were prospectively designed) rather than ‘labels’ for study designs (such as case-control versus cohort)” (Higgins et al., 2021). Inclusion of NRSIs regardless of their study limitations might yield a misleading effect estimate which might be “more harmful to future patients than no estimate at all” (Higgins et al., 2021).

For the present systematic review, we decided that the intervention effect estimated by difference between groups (intervention vs. comparator) rather than change over time (within the same group of participants over time) is the minimum requirement for the feature of study design, given that we needed a comparator to be compared against in order to inform our readers the relative treatment effect and safety of SCIs. Therefore, we included such NRSIs only following the methodological guidance provided by the Cochrane Handbook (Higgins et al., 2021).

We adopted the Cochrane risk-of-bias tool and the GRADE approach to determine the risk of bias and the quality of evidence for included RCTs, respectively. For NRSIs, we employed the Newcastle-Ottawa Scale for cohort/case-control studies to assess their methodological quality. Two reviewers independently worked on the study screening and selection processes.

In terms of risk of bias, the only RCT done by Baumhauer et al. (2016) was not able to blind participants and investigators due to the nature of the intervention. The risk of bias in random sequence generation, allocation concealment, incomplete outcome data, selective reporting, and surgeons’ experience was low.

We used NOS for cohort studies to assess the methodological quality of NRSIs. The total NOS scores of the 4 NRSIs ranged from 3 to 5, indicating a high risk of bias (NOS highest score is 8).

The RCT conducted by Baumhauer et al. (2016) was a non-inferiority trial, meaning that at best we could only draw a conclusion that SCI is not inferior to the comparator. With the RCT alone, we were unable to make conclusions about superiority. Moreover, the included NRSIs had serious risk of bias. As a result, we did not conduct quantitative evidence synthesis. Instead, we only conducted a narrative summary of the evidence.

The included RCTs compared SCI (or PVA hydrogel implant, or Cartiva) with arthrodesis, as did the NRSIs conducted by Brandao et al. (2020a) and Joo et al. (2021).

The primary outcome, which was a composite outcome, consisted of 3 outcome measures, including a) the Foot and Ankle Ability Measure (FAAM) sports score at 12 months post treatment, b) pain on a visual analog scale at 12 months post treatment (VAS), and c) major adverse events, such as revisions, removals, reoperations and/or supplemental fixations, device displacement, device fragmentation, development of avascular necrosis, malunion, nonunion of arthrodesis, and/or hardware failures.

The authors evaluate each participant’s composite ending point and count it as a success if the within-group pre- and post-surgery change in FAAM sports score at 12 months remained insignificant, the within-group pre- and post-surgery improvement in VAS pain at 12 months was >= 30%, and no major adverse events. The authors calculated the proportion of participants who had a success composite ending point for each group, the difference in the proportions between the SCI group and the arthrodesis group, as well as 1-sided 95% confidence interval (CI) for the difference between the SCI group and the arthrodesis group. Non-inferiority was considered if the lower boundary of the CI was greater than the equivalence limit (> -15%).

Baumhauer et al. (2016) found that SCI was not inferior to arthrodesis for the treatment of hallux rigidus in terms of preserving function, reducing pain, and being safe.

Baumhauer et al. (2017) conducted subgroup analyses and determined whether the severity of hallux rigidus played a role in the efficacy and safety outcomes in patients receiving SCI. About 29% (59/202), 55% (110/202), and 16% (33/202) of the participants were classified as hallux rigidus grades 2, 3, and 4 according Coughlin’s et al. (2003) standards, respectively (Baumhauer et al., 2017). The authors found no correlation between hallux rigidus severity and active peak dorsiflexion (–0.069, P = 0.327) or VAS pain (–0.078, P = 0 .271). The proportions of successes determined based on the composite ending point described in Baumhauer et al. (2016) were similar between the SCI group and the arthrodesis group, when stratifying participants by disease severity.

2.3 Cheilectomy and Moberg osteotomy with SCI vs. without SCI

In this OE Original, we conducted a systematic review to examine current best available evidence with regard to the efficacy and safety of SCIs (also known as PVA hydrogel implant, or Cartiva) in patients with hallux rigidus.

Our systematic literature search results suggested that available RCT evidence was very limited. Only 1 RCT conducted by Baumhauer et al. (2016) was identified; 3 additional included studies conducted analyses using the patient cohort from the original RCT. To better serve the purpose of informing our readers, who are mostly clinicians, we also included relevant NRSIs in this systematic review. Four NRSIs each of which involved a comparison group were included.

After carefully examining the included studies, we decided not to conduct meta-analyses to avoid generating misleading effect estimates due to the following reasons: First, the only RCT adopted a non-inferiority design using a composite ending point (i.e., reduction in VAS pain, preserving function measured by FAAM sports score, and absence of major adverse events, see Section 2.1.1 for details). A meta-analysis of each individual outcome from the composite outcome might not be appropriate. Second, the risk of bias for all 4 NRSIs were also serious as determined by the Newcastle-Ottawa Scale tool.

In terms of SCI vs. arthrodesis, current limited evidence does not support the superiority of SCI. The only RCT (Baumhauer et al., 2016) indicated that SCI was non-inferior to arthrodesis, while the 2 relevant NRSIs (Brandao et al., 2020a; Joo et al., 2021) also found no differences in the majority of the main outcomes between SCI and arthrodesis. For comparisons of SCI vs. cheilectomy or Cheilectomy and Moberg osteotomy with SCI vs. without SCI, the comparators even outperformed SCI in some outcome measures. For instance, cheilectomy led to significant improvements in the MOXPQ index score, compared to SCI (Brandao et al., 2020b).

Our systematic review concluded that current evidence was insufficient to ascertain any conclusion. As a result, we were not able to either support or dispute the use of SCI in hallux rigidus from the perspective of efficacy. More studies with high methodological quality, preferably RCTs, were warranted.

Moreover, making clinical recommendations is a complex decision-making process which involves not only the consideration of evidence certainty but also the contemplation of the balance between benefits and harms, values and preferences, as well as resource uses. A recommendation can only be made after carefully considering all relevant issues and weighting all relevant options.

Current evidence regarding the use of synthetic cartilage implants for patients with hallux rigidus was very limited. More studies with high methodological quality, preferably RCTs, were required.

Cracchiolo, A., 3rd, et al. (1992). Arthroplasty of the first metatarsophalangeal joint with a double-stem silicone implant. Results in patients who have degenerative joint disease failure of previous operations, or rheumatoid arthritis. J Bone Joint Surg Am, 74(4), 552-563.