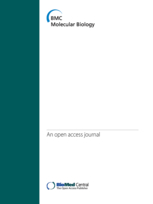 Image-guided versus blind corticosteroid injections in adults with shoulder pain: a systematic review

Findings of two randomized controlled trials were pooled in order to investigate if method of corticosteroid injection - either image-guided or anatomical landmark guided (blind) - impacted clinical outcome in patients suffering from shoulder pain. Clinical outcomes of pain and function were reported at 6 weeks, and the incidences of adverse events were recorded. Pooled effects illustrated that pain and function at 6 weeks were significantly improved with image-guided injections compared to blind injections. Incidence of adverse events was also lower in image-guided group; however, the difference did not reach statistical significance.

Shoulder pain of a number of etiologies is commonly treated with injection of corticosteroid. Injections can be performed "blindly", using anatomical landmarks for guidance, or image guidance can be used for guidance, usually with ultrasound. Although studies have reported that image guidance does lead to higher injection accuracy, there are conflicting reports about whether or not higher accuracy is translated into more improved outcome compared to blind injection. Therefore, this study was designed to assess clinical outcome of patients treated with either blind or image-guided injection.

Study Characteristics -
Data Source:
A search for articles published up to May 2010 was conducted of the electronic databases MEDLINE, EMBASE, and the Cochrane Controlled Trials Register. Bibliographies of pertinent articles were also searched for additional studies.
Index Terms:
Keyword terms included: "blind", "landmark", "anatomical", "clinical exam", "image-guided", "ultrasound", "fluoroscopy", "steroid injection", "frozen shoulder", "random allocation", "randomized controlled trial", and "clinical trial"
Study Selection:
Studies were selected under the criteria that they were randomized controlled trials that compared single corticosteroid injections guided by anatomical landmarks versus ultrasound- or fluoroscopy-guided injection in shoulder pain treatment. Studies also had to assess pain on a visual analog scale, and function on a validated scale, such as the Constant Score. Selection was performed by three authors, and decision for inclusion was made by all three reviewers.
Data Extraction:
Data extraction was performed independently by two authors according to a predefined data extraction table.
Data Synthesis:
Data was pooled using Review Manager software (RevMan v5.0). Standardized mean differences (SMD) were calculated for pain and function scores, and risk ratios (RR) were used for safety analyses of adverse events. Heterogeneity was assessed using the I^2 statistic and the chi-square-based test. Pooling was made under the random effects model.

Image-guidance of corticosteroid injection in shoulder pain treatment was associated with a significant improvement in pain and function at 6 weeks compared to blind injection. A lower incidence of adverse events was also associated with image-guided injection, however the difference was not statistically significant.

The findings of this analysis suggest that improved clinical outcomes may be attained with an ultrasound- or fluoroscopy-guided injection of corticosteroid when treating shoulder pain. Since the number of studies included in this analysis was rather low (only 2), as well the noted heterogeneity in the pain outcome analysis, more trials investigating this comparison are needed to either substantiate or refute these findings, and to ultimately conclude on injection guidance efficacy.