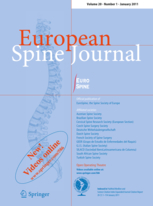 Surgical techniques for sciatica due to herniated disc, a systematic review

Sciatica is usually treated with conservative care; however, surgery is considered when nonsurgical treatment fails to reduce the symptoms after at least 6 weeks. Microscopic discectomy is the most common method of surgical treatment, and it can be done using a microscope or with the use of other magnifying tools. Since the best method of discectomy has not been determined, this review aimed to compare the different techniques with respect to intraoperative and clinical outcomes in patients with sciatica and disc herniation.

Which method of discectomy is most effective with regards to clinical and intra-operative outcomes in patients with sciatica and lumbar disc herniation?

Study Characteristics -
Data Source:
A search for published articles from January 2005 to April 2011 was conducted using MEDLINE, EMBASE, CINAHL, CENTRAL, PEDRO, and ICL. The Cochrane Back Review Group and other international experts were contacted. The reference lists and citations of the identified articles were then searched for further studies. A search from January 1st, 2007 to April 2011 was also conducted using the International Standard Randomized Controlled Trial Number register, Clinical Trials register, and the USFDA trial register.
Index Terms:
The search strings used are provided in table 1 of the full text article.
Study Selection:
Studies included were randomized controlled trials comparing any types of surgical intervention for patients with sciatica due to disc herniation. Interventions included discectomy, micro-endoscopic discectomy, automated percutaneous discectomy, nucleoplasty and laser discectomy. Patient centered outcomes were of primary interest. Two independent authors reviewed the studies for eligibility. Disagreement was resolved through discussion or by a third reviewer.
Data Extraction:
Data was extracted by one reviewer.
Data Synthesis:
Data was pooled in Review Manager. Analyses were done using random effects estimates. Pooled analyses were not performed for evidence deemed low quality.

Conclusions regarding the most effective treatment for sciatica and lumbar disc herniation are still unclear, and further research is needed to establish superiority of one surgical technique. Further research using larger sample sizes is required in order to investigate the effectiveness and costs of the various methods of discectomy.