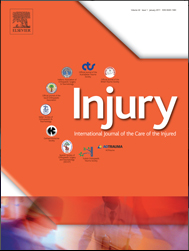 94 patients with displaced extra-articular distal tibia fractures were randomized to receive open reduction and internal fixation (ORIF) or treatment using a minimally invasive percutaneous plate osteosynthesis (MIPPO). This one year study aimed to evaluate the clinical success of the minimally invasive operation in comparison to ORIF, assessing differences in complications and operative outcomes. The results demonstrated similar outcomes for ORIF and the MIPPO procedure, unless a Type C fracture was involved, in which case, the healing time was reduced with the MIPPO approach.

Patients with tibial fractures can be treated operatively with a minimally invasive approach or with open reduction and internal fixation. Minimally invasive percutaneous plate osteosynthesis (MIPPO) can potentially reduce periosteal damage and improve direct bone healing while reducing recovery time. MIPPO is widely accepted and regularly used to treat fractures of the extremities; however, it is not confirmed as to whether the minimally invasive approach is superior to the absolute stability of open surgery. Therefore, this study was required to compare the clinical outcomes of MIPPO and ORIF for displaced extra-articular distal tibia fractures.

Minimally invasive percutaneous plate osteosynthesis (MIPPO) for the treatment of displaced extra-articular distal tibia fractures produced similar results compared to open reduction and internal fixation. A similar rate of complication was shown; however, there was a difference in the distribution of these complications between the two groups. Analysis of fracture healing based on fracture classification indicated that in Type C fractures; MIPPO resulted in a shorter healing times.

Minimally invasive percutaneous plate osteosynthesis produced similar results when compared to ORIF for patients with extra-articular distal tibia fractures. However, patients with type C fractures may benefit from a shorter healing time when operated on using the minimally invasive percutaneous plate osteosynthesis approach. Further research needs to be undertaken to assess if healing time remains improved in patients with type C fractures when assessed in a larger sample of patients. Additionally, the functional outcomes of minimally invasive techniques and ORIF need to be compared and further assessments of complication rates are required.